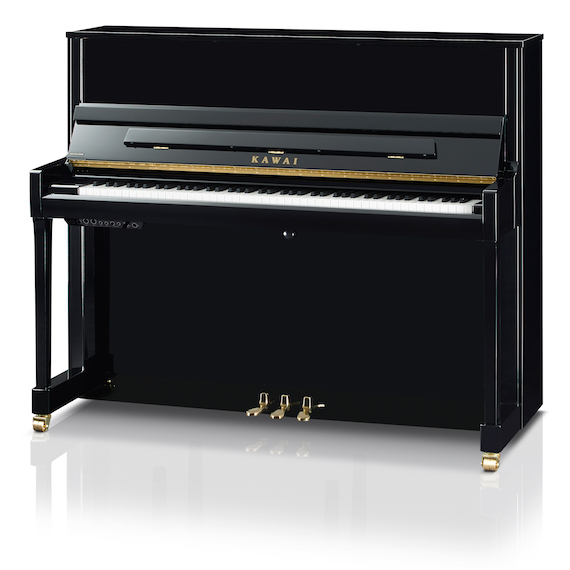 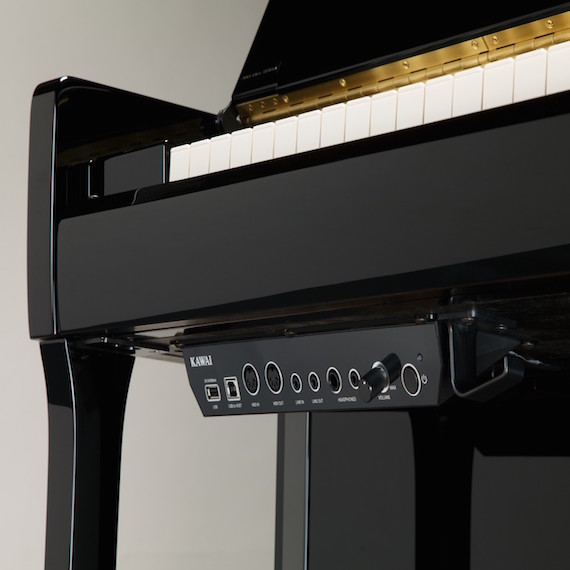 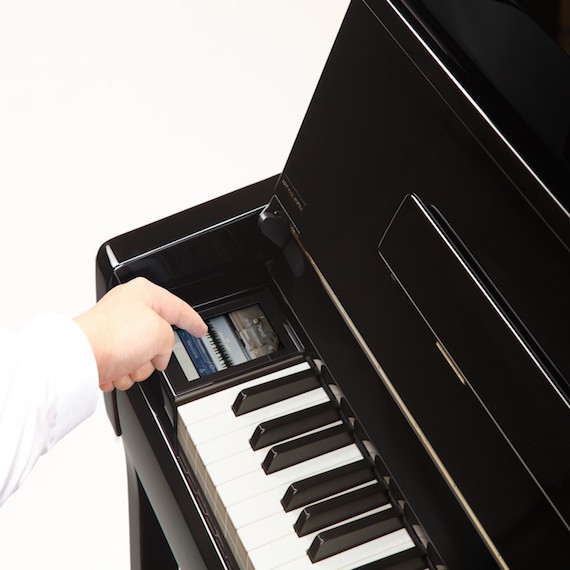 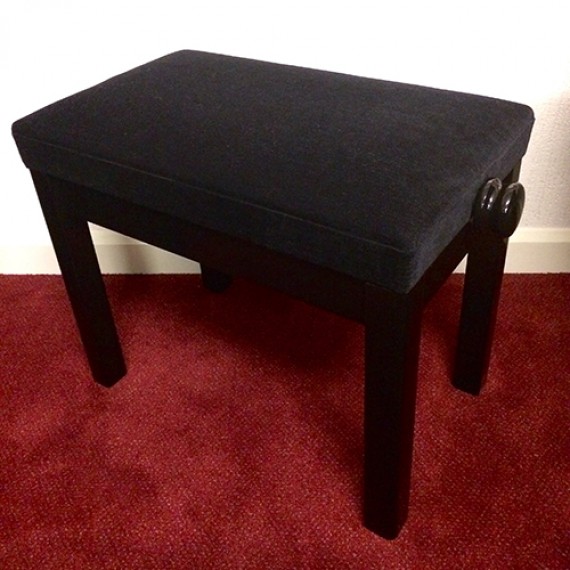 The all in one piano from Kawai

Our quick enquiry form takes less than 30 seconds to complete. Once we receive it, Mark, Oliver or David will be in touch within a few minutes.

Complimentary tuning after every delivery

We deliver to anywhere in the United Kingdom

A Kawai UK Ltd 10 year warranty comes with this pian

If you have seen this instrument advertised cheaper by a U.K. retailer we will match that price like for like.

The sound of hammers striking strings, resonating through solid spruce. Warm vibrations that illuminate a room, leaving its audience enchanted. The natural voice of an acoustic piano is truly unmistakable.

A fine piano entices musicians to perform with spontaneity and passion, yet such unbridled expressiveness may not always be appropriate. Indeed, in certain environments, an acoustic piano can prove disruptive; the diligent tones of children practising scales are unlikely to be welcomed by other family members wishing to watch television, while even the most gentle, soothing Chopin preludes have the potential to irritate neighbours if performed after an acceptable time.

AURES instruments are equipped with a newly developed resonance system that allows the soundboard of a Kawai K series upright piano to also deliver digital audio, such as commercially available music, or the sound of other musical instruments, without the aid of additional speakers.

The AURES’ unique soundboard technology has been developed in collaboration with Japan’s leading premium audio manufacturer, Onkyo, and incorporates newly-designed high performance transducer components that transmit energy more efficiently than conventional parts. The resulting sound produced entirely by the soundboard is rich, powerful, and expansive, and enhanced by the unique harmonic properties of solid spruce wood.

In 1971 KAWAI revolutionised piano technology by introducing ABS action parts within the fine workings of the piano action. This rigid, atmospherically stable compound material, addressed many of the problems associated with wooden components, such as breakages under continual high stress, and shrinking and swelling due to changes in climate. The introduction of ABS action parts proved a significant development in modern piano design, and rapidly earned high praise from pianists and technicians worldwide. The Millennium III Upright Action, unveiled in 2006, has been developed to enhance the three performance elements that professional pianists most desire – speed, control and power. The introduction of stronger ABS Carbon materials has allowed KAWAI scientists to develop lighter action parts without sacrificing durability, further optimising key repetition and response speed for a truly unparalleled playing experience.

The magnificent tone of Kawai’s flagship Shigeru Kawai SK-EX full concert grand piano is at the heart of the AnyTimeX3 instruments. Widely regarded as the ‘premier pianos of Japan’, Shigeru Kawai instruments grace the stages of concert halls and musical institutions throughout the world, and are prized for their tonal clarity and exceptional dynamic range.
In order to faithfully reproduce the stunning sound of a Shigeru digitally, Kawai has developed SK-EX Rendering – a brand new piano sound engine that blends multi-channel, 88-key sampling with the latest resonance modelling technology. Multi-channel sampling captures the sound from different points of the Shigeru Kawai concert grand piano, allowing a broader range of tonal characteristics to be reproduced, and providing a more lively, authentic response to changes in dynamics. This naturally expressive sound is further enriched by newly developed resonance algorithms, which physically model the complex tonal interactions produced by the strings, pedals, and various other parts of an acoustic piano, giving players the impression that they’re sitting at a living, breathing instrument.

A fine acoustic piano entices musicians to perform with enthusiasm, spontaneity and passion. Yet, the satisfaction that one enjoys when hammers strike the strings is often diluted by traditional piano silencing techniques. Sensors located below the keyboard struggle to accurately interpret the subtleties of musical expression, which is why AnyTimeX3 pianos integrate sensors within the fine workings of the piano action, reading the precise movements of each hammer. Whether performing rapid passages that demand the same key be played repeatedly before returning to its natural starting position, or pianissimo pieces desiring the very softest of key strokes, the Integrated Hammer Sensing System (IHSS) represents the elaborate nuances of every note. Pianists can finally enjoy the convenience of absolute privacy, without sacrificing the responsive touch and authentic expression of a traditional acoustic piano.

The AnyTimeX3 models incorporate a full-colour 5″ touchscreen within the left cheek-block, allowing sounds and settings to be selected from an attractive user interface simply by tapping or swiping the display with a finger. The AnytimeX3 models showcase a variety of other sounds that are suitable for a wide range of musical styles. Two headphone jacks are located beneath the keyboard on the left-hand side to connect stereo headphones to the AnyTimeX3 models for your convenience. Further connecting possibilities including USB to Device, USB to Host and connections for audio products are also available. Even wireless Bluetooth connections (MIDI LE and audio) with supported smart devices are possible.

Supplementing these realistic acoustic piano voices, the AnyTimeX3 models also feature an excellent selection of additional instrument sounds, ranging from electric pianos and drawbar and church organs, to strings, human choirs, and even atmospheric synth-style pads, inviting musicians to add greater variety to their performances. Furthermore, the Dual playing mode also allows two different sounds, such as grand piano and strings, to be layered together, while the Split and 4Hands playing modes divide the keyboard into two independent sections.

The AnyTimeX3 models’ Virtual Technician feature allows various characteristics of the selected acoustic piano, electric piano, or harpsichord sound to be shaped from the instruments’ touchscreen display, with settings to adjust voicing and regulation, string, damper, and cabinet resonances, and subtle hammer, damper, and key release noises. It is even possible to adjust the precise tuning and volume of individual notes, before storing one’s favorite instrument configuration to memory.

In addition to standard MIDI jacks for connecting to other instruments, the AnyTimeX3 models also boast integrated Bluetooth MIDI and Audio technology that allows the instrument to communicate with supported smart devices wirelessly. Once connected to a phone, tablet, or laptop, AnyTimeX3 model owners can enjoy a wide variety of exciting music related apps that enhance their learning and playing experience, or stream audio from songs and videos through the headphones or the soundboard system without any additional cables.

USB to Device functionality, with MP3/WAV file recording and playback

The AnyTimeX3 models are equipped with USB connectors that not only allow this instrument to be connected to a computer for MIDI use, but also to load and save data to USB memory devices directly. This ‘USB to Device’ feature allows recorded songs stored in internal memory to be saved to USB for posterity, or standard MIDI files (SMF) downloaded from the internet to be conveniently played back without additional hardware.

USB memory devices can also be used to play back MP3 or WAV audio files, allowing musicians to learn the chords or melody for a new piece, or to simply play along with their favorite songs. It is even possible to save performances as MP3 or WAV files for emailing to friends and family, listening to on the move, or for further editing using an audio workstation.

The AnytimeX3 models are equipped with a power saving feature which turns off the instrument automatically after a specified period of inactivity.

You’re never too far away!

If you cannot visit, call us. We can mail order your upright piano anywhere in the U.K. Our specialist carriers work nationwide. Please ask us for more details.

Recycle Your Piano With Us

Our quick enquiry form takes less than 30 seconds to complete. Once we receive it, Mark, Oliver or David will be in touch within a few minutes.